This is the lead track from the album ‘Modern Blues‘ by The Waterboys. ‘Destinies Entwined‘ is a mouth-watering effort with plenty of amplified guitars supporting the distinctive voice of Mike Scott. It certainly has a catchy chorus with a great riff. Towards the end of the song we get hear some magical guitar sounds brought out superbly by Bob Clearmountain’s production. This bodes well for the album (released 19 January 2015) and the supporting tour. Hopefully this will draw new listeners who can trawl the band’s back catalogue, as there’s more to them than just ‘The Whole Of The Moon‘. 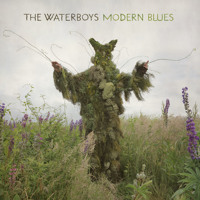 So what do you think of this song?