Welcome back Lloyd Cole I could say but really he hasn’t actually been that far away. He may not frequent the charts anymore but from his United States base he’s been quite active of late.  In the last twelve months he has released two records the first with Hans-Joachim Roedelius entitled ‘Selected Studies Volume One‘ an interesting instrumental collaboration indeed. The second being ‘Acoustic Sessions August 2012‘ with his son Will Cole. ‘Standards‘ is a full-blown studio album release and is well worthy of having his name on its mantle even if the cover is rather plain in it’s appearance.

Comprising of eleven tracks the first being ‘California Earthquakes‘ which crashes around your ears; brash and relentless throughout. It’s almost a homage to the Velvet Underground’s monotone sound they portrayed on ‘Venus in Furs‘. With no time to gather your senses ‘Women’s Studies‘ has you singing along with Lloyd’s familiar deadpan voice during the chorus line, “…We were young we were stupid“, he’s hardly that though. He even name checks Scottish iconic band Josef K, an act I also admired. ‘Period Piece‘ has him sounding a lot like Mike Scott at his best and like him he shows he’s a songwriter of some repute. For the first time proceedings slow down for ‘Myrtle And Rose‘ but no less appealing. A story telling of a love lost that’s backed by some impressive guitar playing refined like some maturing wine.

Living in America you expect it influence his sound and with ‘No Truck‘ he leans towards country music that’s so popular over the pond. A snare drum heralds in ‘Blue Like Mars‘ which possibly is the most classic Lloyd Cole style within this collection. Great harmonies and an off the wall guitar rant halfway through keeps you riveted. Cranking up again is ‘Opposites Day‘ that has the quirkiness that was intrinsic to XTC. You just have to love the lyrics “..next line is the truth … last line was a lie“, maybe some politicians should take that up as their slogan. The ballad ‘Silver Lakes‘ is another story about a woman in his life. In fact he could release an album of songs with the word “baby” within them from his vast repertoire. 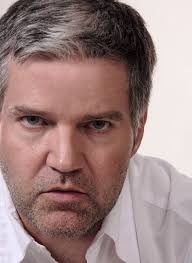 ‘It’s Late‘ is a song about being far from home and wanting a woman of the night in his hotel room to keep him company. “I could be blue tonight with someone like you” he delivers with such sincerity. Singing about the generation gap, ‘Kids Today‘, sees him examining these divides. This is a subject that most parents will sympathise with and will for generations to come will ponder. ‘Diminished Ex‘ concludes ‘Standards‘ and hopefully this track will become one within his live set for years to come. Masterful guitars layered over his unrushed vocals that’s become his trademark for more than thirty years. This album may not be a ‘Rattlesnakes‘ but it can sit proudly on the shelf right next to it. 9/10.