Today I’ve chosen the band Music For Pleasure and not the label of yesteryear! They were around at the beginning of the 80’s whose music was built on a strong bass-line and keyboards. These qualities at the time was what attracted my interest towards certain bands. They signed to Polydor Records and released a brilliant album ‘Into The Rain‘ which sold every time I played it in the shop. The album also included ‘Time‘ which could also have been selected here, not much to choose between the pair to be frank. Both as usual did not dent the charts. Live they were very dark but powerful and the vocals of Alan Peace were blistering. You can listen to the whole album below my featured track if you have a spare hour – please do! The selected track I have chosen the extended version as Mike Hedges production was awesome. 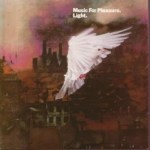 So Should This Have Been A Hit Or A Miss?

The whole album with bonus tracks