Today I have dug up a song which I used to play relentlessly back in the day by Endgames. Thanks to The Electricity Club who mentioned them in their forgotten 45 singles recently. I got into them from the start as it featured Simple Minds original drummer Brian McGee sitting on the stool. The band released this their debut single and ‘We Feel Good‘ before signing to Virgin Records. There they released the superb album ‘Building Beauty‘ along with a succession of singles. These included ‘Waiting For Another Chance‘, ‘Love Cares‘, ‘Miracle In My Heart‘ and ‘Desire‘ all for the life of me failed to light people’s imagination. What I like about them was the ‘piano’ sound they often used even though the songs were heavily influenced by the synthesiser. A further album was released to no avail and they were no more. 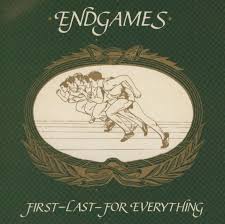 So should this have been a hit or a miss?