Unless you have had your head in the sand over the last couple of weeks then you’ll not know that this digital radio station has reached this landmark birthday. Basically it is an expansion of the John Peel, John Walters, Kid Jenson, Janice Long and Andy Kershaw shows back in the early 80’s. To mark the occasion the station has been celebrating with loads of special shows and events. For more on the celebrations checkout the BBC6 Music website for full details. 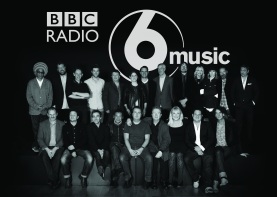 It took the advent of DAB radio for it to exist so not everyone can hear it yet. It is available now on the Freeview and Freesat TV platforms now being rolled out in the UK. Of course it is also broadcasted on the net too via the stations’ website. I must admit to spending a good 20 hours plus per week listening to it. I do this in the hope I may hear just one song which strikes a chord with me and it rarely fails to deliver it.

What makes this birthday so special is that a couple of years ago it was almost axed. The out of touch people who number crunch figures to yield the best return for us the licence payers decided it wasn’t viable. Well not only did a big campaign take off to keep it alive but the audience figures are still on the increase. But let us be frank the axemen’s blade could still come back to prevail. I implore you to have a listen to the station maybe once a week that’s all it takes to give the Beeb the indication it is well worthwhile.

For me personally I love the informative documentaries, radio session recordings from the archives and the live concerts they transmit during the night that I listen to at a later date. The schedule is full of non-mainstream music with something to satisfy most people’s musical taste buds. I have to also mention Gideon Coe‘s informative show most late weekday evenings. It’s strange as I’ve gone a full circle by listening to that show whilst tucked up in my warm bed. That was something I did back in the 70’s when I was just a youngster listening to the Peel show.

So from the bottom of my heart I say “BBC 6 Music here’s to the next ten years” – Cheers!