The powers that be at the Beeb (The BBC for my foreign readers) have decided that New Years’ Day this year will be ‘Vinyl Only Day‘ on the station BBC 6Music. This is quite remarkable when you think back to the advent of the Compact Disc in the early 80’s. It was heralded as the medium that would kill off vinyl for good. Well as we know it hasn’t in fact the only formats that disappeared are the tape one’s – cassette tapes, digital cassettes. Even CD’s have been hit by the advent of digital downloads, now the biggest way people purchase their music. 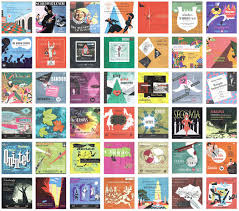 But what of the twelve-inch vinyl, well people still remember fondly them, the crackles and the fact there was two sides – a distinct break in the music. Todays records are made much thicker and mastered alot slower to give a better quality. When playing the vinyl in my opinion you can feel the warmth which is bereft of digital formats which sound cold in comparison. In my mind if an artist releases their new music also on vinyl then they’ve made it. The other redeeming feature of the record is of course the cover, the artwork, the sleeve notes and of course the size so people can see it all perfectly. Recently the fact that vinyl sounded better was tested with the results it was true.

So if you have time has a listen to the digital station on 1 January, there are plenty of shows with DJ’s playing their own collections. For me I often get out some vinyl records to play the ones I will never sell. I do have a few hundred that I will be selling in 2012 so  watch this space in the future for my lists of mostly rare records.

Post a reply on which vinyl you can’t live without if you wish at the bottom of this page.