Hidden Gems : The Essence – The Cat

Continuing my series of Hidden Gems where I’ll present you a track via YouTube, Daily Motion, Soundcloud or another site off the net. These posts are for the music only.

Today I have an oddity for you by a band from the Benelux region of Europe, called The Essence. The first few albums never showed pictures of the band and had very minimal information. The track titles like ‘A Mirage‘, ‘The Waving Girl‘, ‘All Is Empty‘ and ‘Endless Lakes‘ became more relevant when you played their music. I used to play this track ‘The Cat’ at my Indie disco’s back in Rugby, most people thought that it was a rare Cure tune. Judge for yourself, even today alot of my friends are still not convinced it isn’t them under another guise. There’s no real video to this but that only adds to the conspiracy theory. 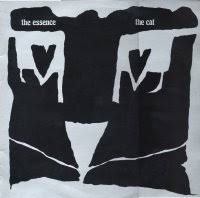 So should it have been a hit or a miss?

I added a second track – worth a listen by them – I think The Horrors may have listened to them at some point too.