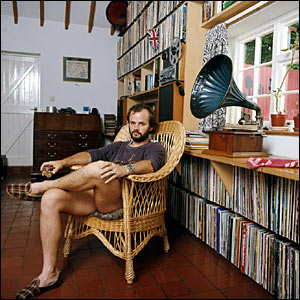 As those of you who know me I was and still am a huge fan of John Peel, and what he stood for. In fact ever since when I was a kid under the covers of my bed listening to John’s show on my transistor radio most weeknight’s from 10pm – 12pm. So it was a nice surprise a few months back to discover Pates Tapes – hailing Walney Island but now resides across the pond in the US. I found that this cool streaming music site has a whole section of John Peel shows which you can hear and it’s ever growing.

Obviously the BBC must have loads archived somewhere, and doubtless other people too still have some well used audio cassettes lying around with parts of his shows. I did too but sadly most have worn away, lost or just disappeared. Maybe you’re one of these people who could offer Charles (his real name) them to be uploaded and give a much broader picture of what John’s shows were really like. Please do if you can especially if people have some of his famous annual Festive 50’s shows. I know Charles is willing to do this as he is very accessible via the social networks.

The Peel section is only part of Pates Tapes, there are other gems to be found; where you can find different genres including African, Jazz, Easy Listening and Rhythm ‘n’ Blues which was a bit like a Peel show in fact. Please note Charles is about to update the site at the end of 2011, which I’m looking forward too. So if you have a spare half hour click on one of the shows on this cool music site and reminisce of days past. 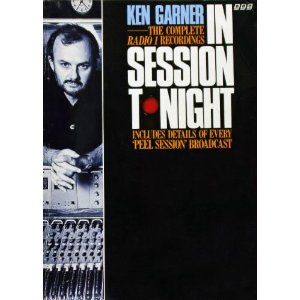 Don’t forget there’s alot of John Peel books about but for reference on his shows I can recommend Ken Garner’s “In Session Tonight – The Complete Radio One Recordings“, a bible of every band who recorded a set upto 1993 for the late great man. Though on looking this book is becoming quite expensive and rare to find, best keep mine locked up.

John Peel – One of his famous quips